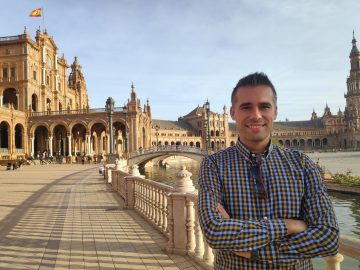 F. J. Muros received the Ph.D. on automation, robotics and telematics, summa cum laude and international mention, from the University of Seville in 2017, being awarded second and third prize, respectively, in the AISTI and CEA-Springer awards for his thesis entitled «Cooperative Game Theory Tools in Coalitional Control Networks«. Since 2005, he works in the medium voltage south control centre in Endesa, acquiring a wide experience in the real time operation and management of the electric network. He received a Master’s degree in Project, Construction and Maintenance of High Voltage Electrical Transmission from the Comillas Pontifical University, Madrid in 2014, being during 2015 and 2016 Contents Coordinator of this Master. Currently, he combines his work at Endesa with working as a part-time lecturer at the Loyola University Andalusia; also, he is an active researcher of the Department of Systems and Automation Engineering at the University of Seville, where he supervises two Ph.D. students. He has participated in the European Union projects OCONTSOLAR and DYMASOS and in several MINECO-Spain projects. He has authored or co-authored more than 25 publications, including journal papers, book chapters, conference papers, and the publication of his thesis in the Springer Theses Series. His research interests focus on cooperative and noncooperative game theory and coalitional and distributed control.